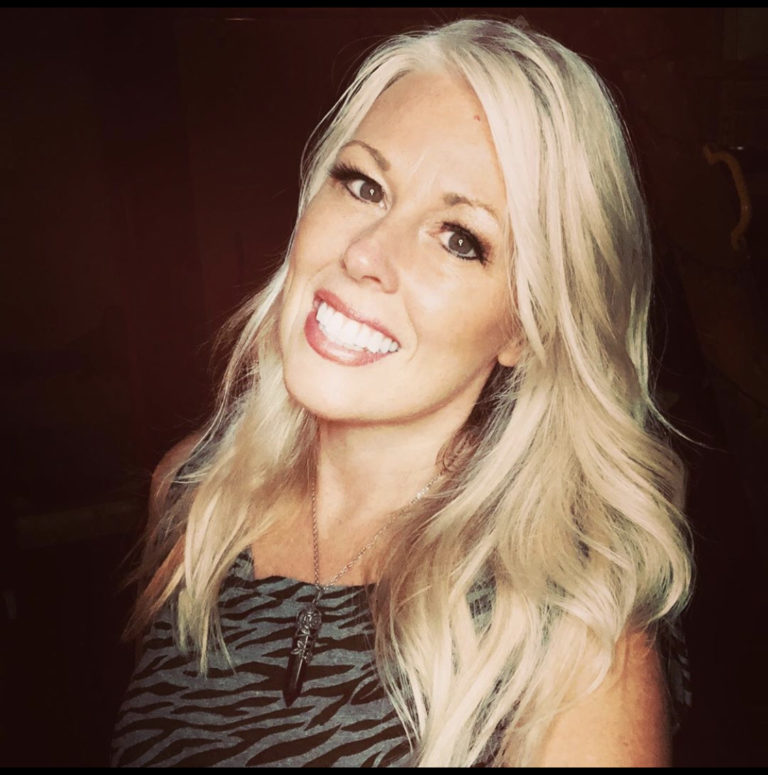 Jennie Byers is a multi-dimensional, light language translator.  She incarnated remembering how to interpret light language naturally, which is our first language, and has experienced inter-dimensional communication throughout her life.

As a child she experienced direct communication, from an energy she understood to be “God”.

As a teenager, over a period of several years, she was visited and taught by her Native American spirit guide, Silver Spoon. He showed her how to protect herself as she walked between worlds. He explained that she would be doing this for many others and needed a deeper understanding of the unseen realms. Jennie later learned that her direct ancestral line goes back to Attakullakulla, the head of the Chickamauga Cherokee Nation.

When Jennie was in her mid twenties, she experienced another powerful event on her spiritual path. Her mom, Kitti, explained that Kitti’s soul showed her she would be “leaving” soon. Kitti was told that the two of them had a soul contract to work together. Kitti knew she was going to move to the other side of the veil to assist Jennie on her journey. Shortly thereafter, although Kitti had been healthy her entire life, Kitti was diagnosed with Leukemia and transitioned three weeks later. Kitti has worked closely with Jennie ever since.  Kitti plays an important role in jennie’s spiritual journey and soul path and they work as a team to assist others to heal trauma and to re-connect with loved ones who have transitioned.

Jennie shares her journey as well as the process and training she was given by her spirit family. Together she and her spirit family as well as her earth mother, assist those who desire to activate their multi-dimensional ability to connect directly into higher dimensions. This is the purest form of connecting for each of us and ultimately what humanity will be doing collectively when we reach a state of expanded consciousness.  She offers private or group sessions, where “spirit” guides the experience of a vortex/zero point energy journey into the quantum field of higher dimensional realities.

Jennie, is the founder of Spirit Reunions Sanctuary, a 15 acre educational and spiritual retreat for healing and community  located in the Cherokee Mountains of East TN.  The land sits on what is nicknamed the “Crystal Mountains” which is in one of the largest vortex energy spots in the country. The property has been designated as a protected forest greenbelt which backs up to the Cherokee National Forest.

The Center features: themed tiny houses for retreat, a native american tipi and medicine wheel, a Reiki labyrinth, a large community fire pit, a community garden, as well as a team of healing practitioners, who work on and offsite. Exciting additions are in the works.

“This journey we will take together is more powerful than we can imagine and I am always in awe of the love and guidance spirit continue to provide to us. They are as close as a memory and the love we carry in our hearts. They honor the opportunity to confirm this truth for us. This journey of spirit we are all on, is breathlessly beautiful in every way. Love is the most powerful force in the universe and it will be piloting our journey.  Let’s get this party started!”  Eternal love, Jennie and Kitti Byers 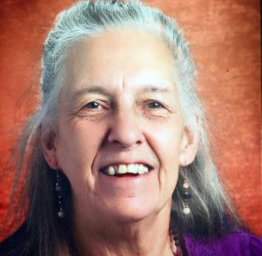 Ellen Pitts (AKA- Grandmother Running Deer) is a retired teacher with 40 years of experience.  After 10 years with special needs students she went back to her first love and taught art for 30 years. Now retired, she devotes her time to her own art work which includes stained glass, origami, Native American art, as well as drawing and painting.  Her life’s journey led her to learn and grow personally as well as spiritually through Native American teachings and practices.

It is her desire to now share her knowledge with others who are also seeking growth and healing of their body, mind and spirit.

Prior to retiring she held Medicine wheel ceremonies to honor the yearly solstices and equinoxes.  She had a large labyrinth on the property as well, which for several years had hosted an evening with “MAX” the crystal skull.  After selling that property she wanted to see that these opportunities would still be available.  Spirit Reunions Sanctuary has come into being to assist that vision.

Ellen intends to hold a variety of teaching events which draw from her knowledge of art mediums, native teachings and experiences, as well as her own spiritual journey.

Since 2009, she has produced “soul portraits” upon request.  This has been a transformative journey for her as well as for the picture recipients.  At some point in time she hopes to teach this process to others and maybe even write a book on the subject.  She continues to learn how spirit speaks to us “symbolically”.

Spirit Reunions thanks Ellen for her donation of her beautiful “Tree Spirit” mural. 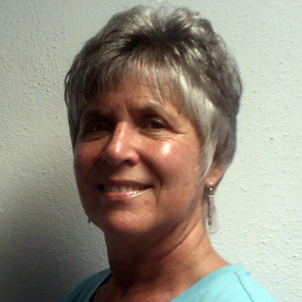 I attended Tufts University – Boston School of Occupational Therapy from 1970-1974 where I got my B.S. in Occupational Therapy. During the summer of my freshman year at Tufts, I studied in Mexico City at La Universidad National Autonomia de Mexico, where I studied Spanish, archeology and Art of Ancient America.

Upon graduating from Tufts, I worked at the Robert Breck Brigham Hospital in Boston until my husband and I moved to Johnson City, TN in 1978.

For a short period of time, we lived in Biot, France. Then we moved back to Johnson City in 1981.

Upon returning from France, I worked as an Occupational Therapist at the Johnson City Medical Center Hospital as a staff therapist. I also worked as a home health OT for the Med. Center for about one year.

When my first daughter was about 2 years old, I returned to work at the JC Medical Center for about 1 ½ years as the interim head of the Occupational Therapy Dept. until I was 8 months pregnant with my second daughter. After that I did not work outside the home for 14 years.

During the time that I was a stay-at- home mom, I did many volunteer jobs. I ran the Fairmont School clinic as Clinic Chairperson for 9 years. I trained as a Red Cross Instructor to train the parent volunteers in our Fairmont Clinic. I volunteered to help out in the Fairmont library and I helped with the writing program and Books-on-Tape. I trained with the junior league to be a puppeteer to teach 3rd grade students about sexual abuse.

In 1998, a friend of mine, who was also an Occupational Therapy graduate from Tufts University, introduced me to Myofascial Release by releasing my right elbow completely of pain in two short sessions. It was then that I wanted to know more about this incredible therapy.

Three years later, in July of 2001, I started my training with John Barnes with a series of seminars that lasted 10 days: Myofascial Release I, Myofascial Unwinding and Myofascial Release II. In November of that year, I started renting my office space on West Walnut Street in Johnson City where I have my office today. To date, I have taken 13 seminars in Myofascial Release and four seminars in Craniosacral Therapy. I have also spent one week at the John Barnes Clinic in Paoli, PA for a Skills Enhancement Week and I spent two weeks at John Upledger Institute in West Palm Beach, Florida as the attending therapist to my patient who was in a two week intensive therapy program. Although one can see that some of the seminars that I have taken are repeats, I will let you know that one still learns a lot of new information in any seminar as one is in a different mental state, with a different level of knowing during each seminar. Therefore, with each seminar I always learn a tremendous amount of knowledge.

The other seminars that I have taken, have all been subjects that contribute to my work in Myofascial Release and Craniosacral therapy in some manner. Recently, my latest seminar in Therapeutic Reflexology has been of great assistance in preparing the body for deeper and more efficient releases.

Amygdala Connection Technique. This wonderful technique has greatly enhanced the progression of my patients in their journey towards total wellness. Since I am acutely aware that emotions dictate the health of the body, I am very appreciative of the benefits of the Amygdala Connections Technique for facilitating my patients to release trapped emotion in their limbic system, their adrenal glands and within the sympathetic nervous system. This in turn, facilitates the patient’s body to allow for deeper releases. It is one of the most efficient techniques that I have ever come across other than Myofascial release and Craniosacral therapy.

I am also certified in Theta Healing.

I am very aware that it ‘takes a village’ of practitioners to help a person,who has suffered debilitating trauma, to regain a level of wellness that all human beings deserve. I consider myself fortunate to have trained in this wonderful form of therapy that enhances this process towards wellness. I have often told people, that I have the best job in the universe because of the manner in which it releases all forms of trapped energy which have created energy cysts and restrictions that create blockages and barriers to normal function within the body and the mind. 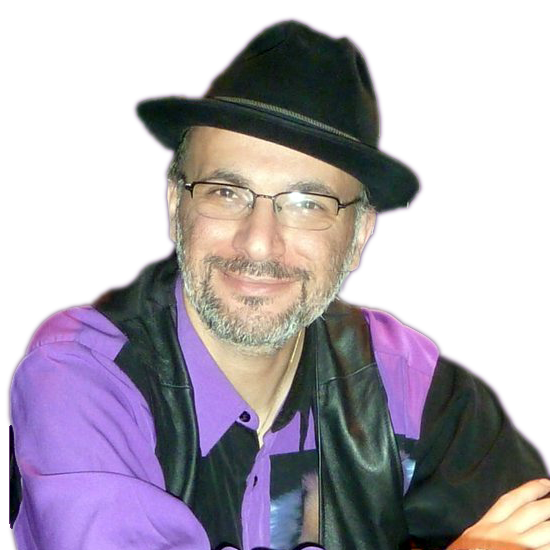 Hamid R. Baghaie is the designer of this site. He also does social media work and marketing outreach.

He is the founder of the site HRB Design.

Hamid does design with passion and elegance. He believes in usability and beauty at the same time.

He specializes in creating websites for aspiring artists, intuitive light workers and rainbow warriors like Jennie and those in service of the betterment of humanity.

Hamid is also an intuitive life coach, Transformational Journey Guide. You can read the testimonials about him here.

You can book an free 30 minute session with him here.

Get In Touch or Visit The Sanctuary Anytime